Like all great adventures this story begins with a group of people not knowing what they were really getting themselves into. Ready and willing the motley fitline crew formulated a rough plan based on nothing more than enthusiasm and the thoughts of invincibility that come from being trainers, making them impervious to pain and fatigue. This illusion was soon shattered after the first Tough Mudder training session! As the team assembled weak resolves were made solid by sweat and pain, comraderie built as the true magnitude of the task was realised. This was going to be huge, the hype, the number of warriors and the sheer size of the battlefield… Though no amount of training would really prepare them for what was to comes. The early dawn crept it’s way through an unusual heat which almost brought on a sweat standing still. Saddled up , psyched up and ponied up the fit line ranks emerged from the serene surroundings of phillip island to find a true convergence of the masses. It were as if the entire melbourne show had been challenged by circus oz to a dress up race. The sprawling maul which stretch out on that legendary saturday made them stop in their tracks. Next it was time to join the comotion; numbers written on foreheads lest your skull would become detatched in some way it could then later be matched to your body. Death waivers signed, and final strategies formed, the various Mudder tribes eyed each other off with playful intent as telly tubbies frollicked amongst, cammoflagued commandos, fluro netballers and lycra clad supperheroes.

A great wave of noise echoed above the crowd as another mob was turned loose into the wilderness of obstacles unknown. Cheers, howls, hoots and battle cries alike resonated from the start line as the fitline willing bounce and braced for the onset. As they took a knee to be sworn in as Mudders, vowing no one was to be left behind, a great many of the faces flickered with self doubt but this was quickly wiped away as the adrenaline built to the sound ‘eye of the tiger’. Then the air horn sounded. The brave heart charge was launched and the next 3kms blurred past with over enthusiastic strides taken far too fast. Then the walls loomed… this was not going to be overcome without help. Clamberring, clammouring and hammering we scaled the series of fortess like wooden barriers only to be met by a spiderweb like network of lead like rope which had to be crawled under. Only the collective effort of lifting, clawing and crawling meter by rocky meter could bring the team out the other side. Ok, regroup, now it hit this was going to test us all. A quick pack march and the dull crunch and slosh sounds of crushing ice could be heard long before we actually encountered the IceBaths! The plunge into the neon ocean of ice set your skin on fire and every nerve scream as the desperate scramble for the other side left everyone breathless. The snap frozen fitliners were almost flatliners as they made the shivery bolt for the mystery obstacle. What was presented was low lying tentacles of electricity ready to shock the life into anyone who crawled beneath. Much cursing, cramps pushed everyone forward to the electrical crackle of the challenge. Now drenched and lightly fried the next 2km passed a little slower, rounding the coast the amazing views provided welcome relief from the now hilly track. Then we arrived at a banked que before a massive structure that loomed 10meters above a wide body of murky water. Like lemmings they lept, flipped and fell a waterfall of bodies into the chilly froth of a dam furiously churned by many tired legs. Almost drowned but now refreshed they squelched towards the mud pits. A deep trough of clay like mud enveloped the unsuspecting Mudders and initially the mood was playful but then it was time to grind on knees and elbows below the barbed wire, faces fell as mud layered and lapped at their chins. Brown zombies emerged laughing with disbelief at the mess which had become us. Fun and mess blended as we hurtled down a mountainside of slip n slide into a foul mote, staggered to face a sheer incline of smooth unclimable mud.

Human ladders and links formed as the scrum surged to surmount this monster. A Gallipoli like effort pulled everyone up by their bootstraps and the Fitline team was well and truly cemented as a battalion. Trudging forward crawling through claustrophobic tubes, barreling over mountainous hay bails and scaling rope walls the crew pulled together. Braving the the smoke gaunlet tears in our eyes we ran to the log challenge hefting a long log each through swamp and brush the military conditions were taking their toll. Hauling ourselves on wires over rivers, cramming our selves through wombat like burrows we came to a halt trawling through the notorious ‘Mud Mile’. Mustering what was left in the tank the team teetered over the balance beams some falling to their watery demise.  Fitline survived to tackle the tire heap from hell which brought us to the hardest of all monkey bar sets, greased and spinning not many would pass unscathed. Like spider monkeys they gambled their way over the rope bridge and made the final push for Everest! A 20ft quarter pipe stopped all in their tracks, besieged like a medieval castle being sacked, intrepid bodies hurled themselves upward. Make shift ropes made of shirts dangled but in vain. Many quit but after many attempts, all the Fitline family over came the biggest challenge of the day to make the quick dash required to pass the electrocution forrest of vines keeping them from destiny. 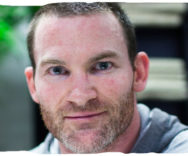