Confessions of a chocoholic….and why it’s not such a guilty pleasure after all!

By Dylan Willis My name is Dylan Willis and I’m a chocoholic. There, I said it….no more hiding…what a weight off my shoulders! It’s true, I’ve been in love with the sweet aroma and erotic taste of the cocoa bean as long as I can remember and during my recent trip to Mexico, we took our relationship to a new level. Oaxaca, the cultural capital of Mexico is also the home of chocolate. The intense smell of cocoa as you walk past the market stalls is enough to make you linger for a while longer. Due to mass commercialism and big name brands, we tend to forget that chocolate actually comes from a plant! Standing in the Mayordomo factory (Mexico’s version of Willy Wonker!) and sifting through the cocoa beans, I felt a greater appreciation of chocolate upon experiencing it in its simplest form. Man’s use of chocolate dates back thousands of years. The ancient Mayans were believed to have used it as a hot drink due to it’s many health benefits and aphrodisiac like qualities as early as 2600 years ago. Hell, they even used cocoa beans as currency before the Spanish marched in! Sounds like a nice way to barter if you ask me! Ok, I know I’m not alone in my chocolate fetish. In a society where people are wired for their next sugar or caffeine hit, chocolate (or coffee….another misunderstood bean) usually comes at the top of the list. Those of you reaching for the chocolate draw at around 3-4pm will know what I mean. Now in my defense I only consume what I regard as high quality chocolate. No Cadbury’s, Nestle, Mars Bars or even Lindt for that matter (although I have been known to sneak in the odd Magnum once in a blue moon!) That is to say I buy only fair trade, certified organic dark chocolate with a minimum of 70% cocoa. My brands of choice include green and blacks and living earth to name a few. The great news for all my fellow chocolate lovers out there is that there are many scientific studies that show if used responsibly chocolate can be greatly beneficial for our health. Ok, I can here you all saying ‘he’s just trying to justify his addiction’. Well, maybe just a little, but there really are many health benefits to eating the RIGHT KIND of chocolate. Chocolate, or more specifically cocoa powder contains flavonols. Flavonols are a subclass of Flavonoids, the natural occurring chemicals found in plants, fruits and vegetables. Flavonoids in turn are the largest group of several thousand compounds belonging to the vital antioxidant rich polyphenol family. The same antioxidants are found in berries, green tea and another so called guilty pleasure red wine but are found in much higher abundance in raw cocoa powder. These antioxidants protect the body from free radicals and from DNA damage caused by environmental factors. They also help lower blood pressure through the production of nitric oxide. Nitric oxide is a gas that when released causes the smooth muscle cells of the blood vessels to relax and widen. Dark chocolate is also used for decreasing symptoms of menopause, the antioxidants have been shown to help the uterus. As for the guys, you don’t miss out either as these antioxidants have also been shown to assist in prostate health. Above all, and I must say the reason why I love chocolate so much is because it just make’s me feel good! Eating chocolate helps the brain release certain neurotransmitters such as Endorphins (increased sense of euphoria), Seratonin (acts as an anti depressant) Menylethylaine (the so called love drug) and Tryptophan (relaxant). It has been shown in several clinical trials that small amounts of dark chocolate help alleviate symptoms related to emotional stress and anxiety. Poor quality chocolate on the other hand that is loaded with sugar and other nasty ingredients and can have the adverse health affects. Over consumption of such products will greatly increase your risk of diabetes and speed up other diseases due to that ever present white devil….sugar!.

The typical commercial milk chocolate has less than half of its flavonoids remaining after processing. As these products also contain milk they lose their antioxidant value as milk proteins have been shown to bind to the antioxidants making them less absorbable by the body. Dark chocolate has far more of these vital antioxidants than milk chocolate as they can contain up to 60% more cocoa. Basically, the darker the chocolate, the less milk and sugar you’re getting. With Easter fast approaching and the inevitable gorging on Easter eggs that comes with it. I think it’s important that we lay down a few ground rules to minimize the damage of this so called guilty pleasure over the holidays and maybe even use it to your health advantage! – Ok, first of all it must be dark chocolate. Aim for 70% cocoa as a minimum but the darker the better. Start with 70% and build up. Most people find very high content dark chocolate (85%) and raw chocolate way too bitter. – Eat Organic. Non organic chocolate, due potentially to processing and shipping has been tested with dangerously high lead content. – Minimize portion sizes. 100 grams per day is considered maximal. – This next rule shattered my world when I first learnt about it! Do not eat chocolate while consuming a glass of milk. Milk has been shown to greatly decrease the absorption rates of the flavonols thus rendering them almost useless. – Don’t gorge….savor and enjoy it. A great tip I learned from Charles Poliquin in my recent BioSignature Internship in Phoenix was to use a cheese grater to shave the chocolate and place it on the tongue. The reason for this is what’s called our neurolingual reflex. When you put shaved chocolate on the tongue (without touching the teeth) the brain immediately identifies where the nutrients have to go. The moral of the story? Will gorging on chocolate cure all diseases known to man and restore optimum health with every delightful block? No. But a SMALL amount of the RIGHT KIND of chocolate a few times a week does no harm at all….and will potentially assist in overall wellbeing. Well, happy easter to all. 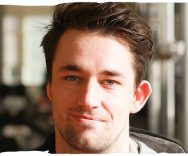